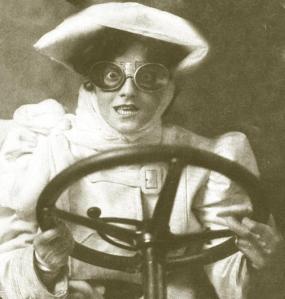 Hello friends. My apologies for taking so long to post. My paid gig has been driving me to the brink. Below is a story I’ve been working on for quite some time. (You may all remember in a previous post I mentioned my character Darryl?)

This story is inspired by a writing prompt from talented author, Chuck Wendig. Chuck is prolific, warped, and all kinds of funny. Just what a girl looks for in an author. He has an amazing blog called Terrible Minds that you will surely enjoy.

A while ago Chuck challenged his readers to write a piece of flash fiction based on some god-awful stock photography. This is my go at it. The photo that inspired this peculiar tale is beneath the story. Enjoy.

Two pings and a screech sounded the death knell of Darryl’s swift escape from the office. The elevator hummed and moaned but refused to budge. To make matters worse, Jessie from accounting was stuck there with him. Darryl hit the emergency button. No one answered. “Shit,” he said.

Whenever Jessie tried to solve a complicated problem, she did this thing where she ran her finger over her lips. Jessie had very pink lips. No, this was not good, not good at all. He pressed the button again.

“Don’t worry, if no one comes I’ll turn into cat woman, climb out the emergency shaft, shimmy up the cables and save us,” Jessie said laughing as she ran her hand through her hair.

“Good to know,” Darryl said, crossing his arms over his chest and examining a large brown stain on the elevator floor.

“I like that shirt,” Jessie said. “The snaps are cool.” It’s even better than the one you wore last week with the blue skull.”

Was she flirting? He was pretty sure she was flirting. He just needed to stay cool and get out before any weird shit went down.

Darryl was thirteen the first time it happened.

His junior high class had gone to the museum to see Da Vinci’s Mona Lisa. It’s not like he had a choice. After hours of standing in line Darryl got his first glimpse of the painting. He couldn’t stop staring at the light radiating from Mona Lisa’s face, and that strange smile on her lips. Under those layers of varnish, Da Vinci had captured something, a tiny sliver of humanity immortalized on canvas. Before Darryl knew it, he had a boner. He was thirteen for fuck’s sake. You’d be hard pressed to find something that didn’t give him a boner. That wasn’t the weird part though. Suddenly, this burning sensation started in his mouth. He thought his tongue was on fire. The pain ran all the way down his throat. Scared the shit out of him, really.

Darryl hadn’t said another word for the rest of the trip. The minute he got home he ran to the bathroom. When he opened his mouth there it was, a perfect replica of the Mona Lisa on his tongue. It faded about twenty-four hours later. But that was only the beginning.

Any rise in body temperature or blood pressure made things worse. He had to stay calm or shit started happening. And it wasn’t just the Mona Lisa or his tongue, either. The older he got the more paintings appeared all over his body, interfering with his life.

Over the years he even took to studying his archenemies. As if understanding the inner workings of the creators of his suffering might give him some measure of control. But control was the one thing Darryl never had.

Like when his buddy Craig died. Son of a bitch drunk driver mowed him down in the middle of the afternoon. Darryl wanted to go to the funeral. He’d even had a cold shower and a Xanax for breakfast. Nothing was gonna stop him.

Craig was a great guy. He and his wife Wendy had a daughter, Mia, who loved puppets. She made Uncle Darryl name her two favorites. He called them Mrs. Platypus and Cheesehead Jones. Craig and Wendy used to act out stories with them until Mia rolled around on the carpet, giggling.

The morning of the funeral Darryl started wondering who was gonna play Cheesehead now that Craig was gone. And how it wouldn’t make any sense for Wendy to play both parts. Suddenly his skin was on fire and Edvard Munch’s The Scream appeared across his face, chest and forearms. The Scream for fuck’s sake.  He didn’t even like expressionism. He was a fucking mood ring of art history.

Wendy never forgave Darryl for skipping the funeral. He hadn’t seen her since. Sometimes he wondered if Mia still played with the puppets.

Jessie unzipped her hoodie. “Don’t look so glum D. What’s the matter? You claustrophobic?” She squeezed his shoulder.

“No. I’m good, I’m good,” he said stepping back a few inches and bumping into the wall. Jessie wore a green tank top under her hoodie. Shit. Darryl clenched his fist.  It was way too hot in here.

“Do you go to that park with your dog a lot?” Jessie said.

Darryl had forgotten about that time he’d bumped into her. “No, actually that’s my buddy’s dog. Or it was, I mean. But he died a few months ago. My buddy. Not the dog. I suppose the dog’s still fine. I don’t know, really. I haven’t spoken to his wife in a while. Um not the dog’s, I mean.” Crap, he sounded like a moron.

“I’m sorry. Was he a close friend?” Jessie said.

“Um yeah, he was. We were good friends.” Darryl swallowed as the prickling began beneath his skin.

“You look like you’re about to pass out, are you ok?”

“Must be low blood sugar or something,” he said, pressing hard on the emergency button.

Jessie straightened up and reached her hand towards him. “I…I can explain,” Darryl said, recoiling.

Jessie patted his chest. “That’s ok,” she said. “I understand.”

“Sure. My cousin died a couple years ago. We were really close. I still miss him. Be patient. It takes take time.”

Suddenly the vents began blowing cool air again, and the elevator deposited them in the lobby.

“Yup” Darryl said. Was it possible she really hadn’t noticed? But the painting was every where by now.

“Have a good evening,” Jessie said.

“You too.” As she walked away Darryl tried to imagine sitting and drinking coffee with her. A moment captured, like in one of Botero’s paintings. All those happy fat people, talking and drinking. Maybe she’d lean in and touch his hand, or throw her head back and laugh. Shit, she had a great laugh.

“Hey Jessie?” Darryl said, calling out to her.

Darryl walked over. She smiled at him but didn’t seem to notice anything weird. How could she not see it? Maybe she was just being polite? Botero’s subjects probably never had to worry about this crap.

“Do you…Do you wear glasses?” Darryl blurted out.

Jessie laughed. “You want to know if I wear glasses?”

“No, contacts. But one of them ripped this morning. Why? Am I squinting a lot? I’m blind as a bat without them.”

“That’s what? Darryl, I really gotta go, I have to catch my bus. Was there something else you wanted to ask me?”

Darryl glanced down at the vivid pattern emblazoned on his forearms. “Nah, I was going to ask you something about that status report you sent me. But it can wait till tomorrow, I guess.”

“Oh,” Jessie said, the disappointment evident in her face. “See you tomorrow then.”

Just before she walked out the door Jessie furrowed her brow and ran her finger over her very pink lips.

Heidi David is a writer and freelance producer. She is the author of an as yet unpublished novel, THE FLYING JEWEL; the tale of a traveling circus where the price of admission is one's free will.
View all posts by Madame Paradox →
This entry was posted in Uncategorized and tagged art history, Edvard Munch, elevator, Fernando Botero, Fiction, flash fiction, Gustav Klimt, Leonardo da Vinci, Mona Lisa, puppets, The kiss, The Scream, urban fantasy, weird stock photo, writer. Bookmark the permalink.