In War There Is No Substitute For Cleavage

Some talented writer friends of mine, Jason C. McIntyre and Julie C. Gardner (that’s correct, I’m only friends with writers whose middle names begin with a C) cajoled me into posting this story. Quite the departure from my dark tale Edwina, Pretty Edwina, but hopefully good for a laugh. And I just couldn’t resist including a couple of fun vintage ads with it. Enjoy.

For those who choose to recount my story later, the name is Helena. Never been to Troy, so please don’t ask, or use it as a pickup line because I mean really, are you under the impression you’re the first guy to come up with it?

The afternoon started out harmlessly enough. I left home to run some errands. First stop, passport photos. I don’t want to blow my own horn or anything, but there are few people in the country let alone the planet who take as lousy a photo as I do. Sure, you might say someone like Gorbachev in his day took a worse snap shot, but I beg to differ my friend, I beg to differ.  On a bad day Gorbachev was forty times more photogenic than I will ever be.

I do not mean to suggest I’m unattractive, not at all. On a good day one might even consider me hot-ish.  However, all my positive qualities fall short in the face of a camera lens. And suddenly, as if by magic, I become the hunchback of Notre Dame.  I don’t know what it is, really.  Perhaps my spirit is so intangible, a sort of gossamer floating through the thousands of lives I’ve lived that it simply refuses capture by the click of a shutter.

Ah, but weakness makes me digress…

Back at the photo shop, I bared my teeth and slid the tiny print out of its manila envelope.  The picture was so bad I saw only half my head and began speaking in tongues. I defy you to find anyone in the greater New York area who looks worse in a passport photo than this.  It may be some sort of record.  We should probably look it up in Guinness under World’s Most Hideous Passport Photos and see if I’m already listed.

I felt bad, really.  The oh-so-pleasant woman who photographed me and her trusty assistant took one glance at it, just one, and their eyes bled.

Exiting the scene of the crime I headed over to Victoria’s Secret in search of underwear. As

I turned the corner a lovely French woman smacked me in the kneecap with her recently purchased anvil. Perhaps I should have gone home? But no, fearless soldier of the urban jungle that I am, I continued onward.

As I entered the hallowed halls of push up bra-dom, the pack of vultures caught me off guard.  I tried to coast quietly by but alas, they could smell the fresh scent of a Victoria’s Secret credit card wafting out of my twelve-dollar-flea-market-Kate-Spade-knockoff, and no amount of eye contact avoidance would stop them.  Before I knew it they were tearing me limb from limb.  Words were exchanged.

“Hello my name is Tanya.”

“Is there anything I can help you with today?”

“Are you finding everything in the size you need today?”

“Let me know if you have any questions.”

Dear god, I was beset on all sides. Shredded to pieces by a pack of identical, flat-chested, pointy-hipped, nineteen-year old clones.

As I crawled under a table to retrieve a few of my dismembered digits, I noted a sign on the surface above that read, Naughty Little Somethings.  Obviously these small shreds of cloth and ribbon were colorful hammocks for field mice injured in battle.  No customer would pay money for these items, would they? If I needed to purchase dental floss for an underweight hamster maybe, but these bits of fabric could not possibly cover even one ass cheek of a real woman, let alone two. In my confusion I paused, a fatal error indeed.  For it gave them time to regroup and the jackals were upon me once again.

“Do you have the VampX 9000 in purple?” I asked.  Thinking ahead, I had purchased some bootleg code from the nice French lady.  It was her way of apologizing for dislodging my kneecap no doubt.

Stephan-y with a Y’s eyes lit up rolling backwards and forwards as she scanned her memory banks for the correct covert response.  “Are you familiar with the VampX technology?” she asked.

Damn that discount code, I would have to fake it from here.  “No, please tell me more,” I said, blinking an S.O.S with my eyelids.

“The VampX 9000 has been designed with special cross weave fabric that makes it feel like you are wearing lotion against your skin.”

“Couldn’t I just slather lotion on my bust and not bother with a brassiere if that was the sensation I was going for?” I blurted out before realizing what I had done. Clones throughout the room scanned me.  No doubt they had now discovered my true superhero identity as the oldest living virgin in America.  I would never get out alive.

It was all so confusing.  I needed air and to clear my head.  I propped myself up against an item that claimed to be fifty dollar pajama pants, but saw no reason why they couldn’t be worn to the grocery store in a pinch. What was this subterfuge?  This is Manhattan, how much sleep and lounge time do these people actually expect us to get in a week?

“Are you finding everything in the size you need?  Is anyone helping you today?”

The beasts had returned.

“You know if you spend five hundred dollars with us in a year you get a set of pasties for every day of the week with a matching thong?  Would you like me to check and see if your card is still active?”

“Why certainly, of course,” I replied.  “Who could part with a potential pastie?” 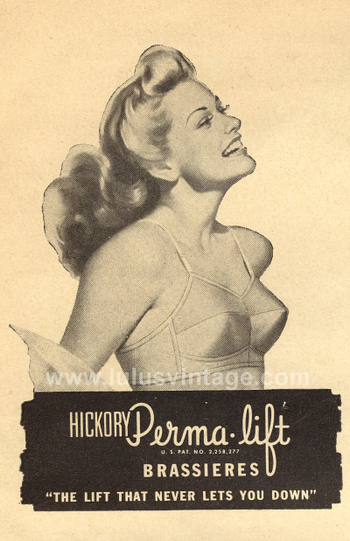 evaluated escape options.  Surrounded by Italian never-on-sale items I knew none of the young clones could find me.  I considered if I had any good reason to justify buying a black lace bustier covered in fringe with a rhinestone clasp.  A purchase of this magnitude would surely get the hungry crowd off my back.  But they’d already discovered my superhero status so how would I pull it off?  Besides, the clothes rack was too high and I couldn’t reach anything.

Another demon had picked up my scent and worse still; she’d used the M word.  In an act rivaling Custer’s genius at the last stand, I made a request. “I am looking for a strapless bra that is not padded,” I said, staring boldly into the eyes of my captor, Dee.

Red lights flashed, sirens rang out, gates dropped down to deny me safe passage.  When-oh-when would I escape the hell of war?

“You want a bra that isn’t padded?” Dee asked with dismay, causing a ripple of confusion to coast through the rest of the clones for the hive mind simply could not compute the request.

“Yes,” I said.  “For you see, I actually have breasts.  And apart from passive aggression, work-a-holism, and high cholesterol, it’s one of the few things I’ve inherited from my mother’s side of the family that I really like.”

They shuttled me into one of their holding tanks innocently claiming it was a dressing room, and handed me a suspiciously puffy strapless slingshot.  Experience the Voluptor Vamp, Body by Victoria, the propaganda claimed.  Designed for any normal pre-pubescent figure throughout the world.  The scent of destruction wafted through the air, or perhaps it was just the peach eau de cologne on sale for $69.95. Locked inside with this jingoistic folderol I had no choice but to try the item on. At least it would give me time to plan my getaway.  I slipped into the Voluptor and watched with helpless dread as my bosom lifted to the occasion, promptly knocking me unconscious. This must have been their plan all along. Felled by my own breast, ye gods, the horror!

Postscript:  The previous account written in eye pencil on the back of a pair of lavender cotton bikini briefs was pried from the hands of a small woman seemingly left in a coma by her own breasts.  Why a woman with breasts had even bothered to enter a Victoria’s Secret we may never know.  In rifling through her personal effects we did find the world’s most hideous passport photo.  In the future, when science catches up with VampX technology, we may someday resolve this mystery. For now it shall remain the riddle of the rack.

Heidi David is a writer and freelance producer. She is the author of an as yet unpublished novel, THE FLYING JEWEL; the tale of a traveling circus where the price of admission is one's free will.
View all posts by Madame Paradox →
This entry was posted in Uncategorized and tagged cleavage, Fiction, Gorbachev, Guinness Book of World Records, Humor, passport photos, pasties, push up bras, story, Victoria Secret, vintage brassiere ads. Bookmark the permalink.

14 Responses to In War There Is No Substitute For Cleavage